Coaching versus Cheerleading in CrossFit

“Chest Up!”, “Shoulders Back!”, “Bum Down!” – sound familiar? That’s right. These are direct quotes from the classes at CrossFit DireWolf, and almost definitely most other boxes too. If you’ve ever been coached a movement, you’ve probably had one or more of these in your ear before.

Because CrossFit believes that coaching proper technique for functional movement means helping people move in the ways people were designed to move effectively and efficiently.

What is effective and efficient movement? 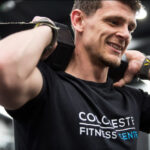 Being effective means we successfully achieve a desired result. Being efficient means we’re getting more done in less time. A CrossFit Affiliate is the safest environment to practice effective and efficient movement capacity because CrossFit Coaches drill solid technique.

At CFDW, our aim is to help our members push movement patterns beyond exercise so they transfer into life to include anything from simple everyday tasks to excelling in a specific sport. By coaching fundamental movement patterns, we can then challenge them in a controlled way with increased loads, speed, distance, and reps.

What is movement compensation? 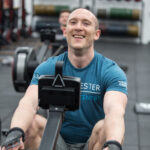 For the majority, we’re aware that there is a risk that movement compensation can result in injury, but we mustn’t forget that it will definitely result in a loss of both power and transferability.

When coaching kicks in

When we get tired, and our movement diverges from those efficient patterns, that’s when your coach should step in to communicate faults and offer corrections. Pushing someone to reach their threshold has its place, but when someone’s been working too hard for too long, and their technique inevitably breaks down, that’s where the cheerleading needs to stop, and the coaching takes priority.

Want to know more? During the CrossFit Games 2022, Doctor of Physical Therapy Kelly Starrett sat down with Masters Athlete Mike Giardina to discuss movement compensation in CrossFit athletes. View the recording at crossfit.com